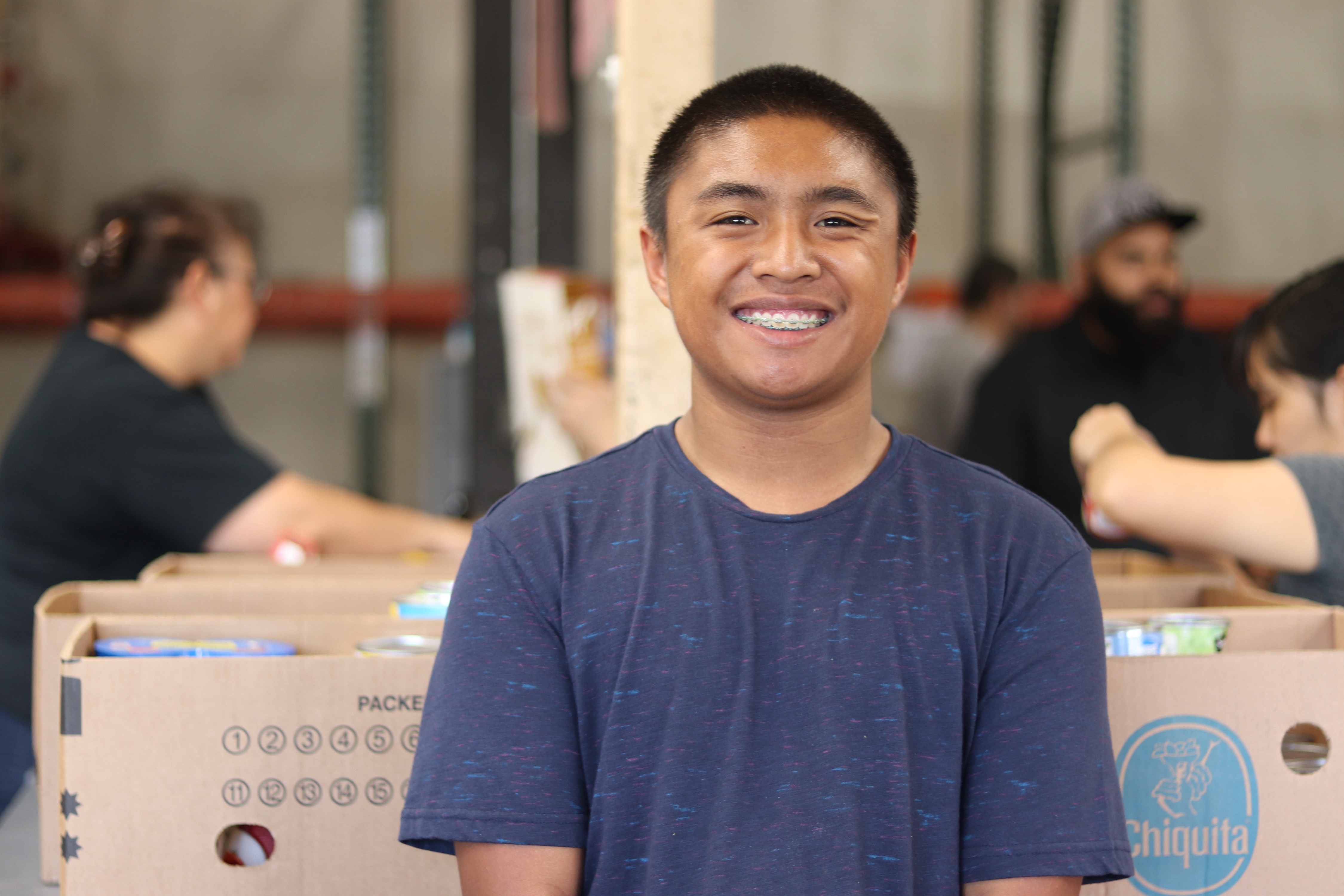 From One Sentence to Thirty Minutes

It was one month into Ronald’s summer paid work experience at Hawaii Foodbank when his father swung by.
‍

“[Ronald’s dad] was like, ‘Can Ronald be working more? Cause he’s getting more out of this than he ever has in school,’” recounts David, assistant manager of Employment Services.
‍

It was then that David realized that the progress he had been noting in Ronald during his training sessions had trickled down to impact other aspects of the trainee’s life. He was taking home more than his hands-on learning experience—Ronald was becoming more self-assured.

Fast forward to today – two years and another paid work experience later – where, after accepting a job offer at Lanakila Kitchen, Ronald now has been employed as a food service worker for a year. Contributing to preparing meals and cleaning cooking surfaces, he ensures the busy environment runs as smoothly as possible.

“I scoop vegetables, I mop the floors,” Ronald says, proudly listing his job duties. “I do like washing dishes and putting away dishes!”

The biggest change Ronald’s father, Ronald Sr., has seen in his son has been his social confidence. Ronald used to only contribute a sentence to conversations around the dinner table, but now he will chat for half an hour.
‍

“Now he’s initiating conversation and asking ‘How’s your day, can I help you with that?’” Ronald Sr. remarks.
‍

Working in the kitchen four to five days a week has ensured Ronald continues to build on the skills he was introduced to in his training sessions – which has set him up for a future of growth. Ronald Sr. believes his son now has the ability to move up within the ranks of a kitchen.
‍

“It’s difficult for an individual with special needs to go there in the workforce – Lanakila Pacific is the one service who fills in that gap," Ronald Sr. says. "As a parent, one of the biggest worries I have is ‘Are you going to make it in life?’ Lanakila Pacific provides a comfort where we can see Ronald growing and achieving in that way. We’re really happy for him.”

Receiving a paycheck – one he worked hard for – has given Ronald a sense of responsibility. He is proud of his efforts every day and the friends he’s made along the way.
‍

“I look forward to seeing the people!” Ronald exclaims.
‍

This socialization with peers and managers is deeply important for trainees, David notes.
‍

“With him to be able to have guys to hang out with and eat lunch with downstairs, I think that’s part of [the progress] his dad is seeing at home,” he says. “Continuing that, continuing talking with people and advocating for himself when he needs something and not being afraid to talk to people – I think that’s important.”
‍

Every day brings new lessons, but Ronald shows up every day ready to be a part of the team.
‍

“He's just willing. He’s on time, he shows up, he’s into it, he’s motivated. He understands the importance of this," David says. “He's a pleasure to be around. From everything I hear from his supervisors, he’s doing a great job!”
‍

Ronald is one of the many Employment Services trainees hired by local businesses after a series of classes, coaching, hands-on learning and one-on-one instruction.
‍

With some encouragement and guidance, individuals with disabilities can make their goals a reality. Landing a job provides more than a paycheck – we believe it instills a sense of purpose and responsibility that carries into the future. It’s just one of the many ways to build independence across our island.

A program of Lanakila Disability Services, Employment Services has been training and preparing individuals with disabilities for entering the workforce since 1972. With help from our supporters, hundreds have received pre-occupational coaching and found meaningful employment.
‍